This seminar, which is organised by AvMA, is for those who are new to the specialist field of clinical negligence. The event is especially suitable for trainee and newly qualified solicitors, paralegals, legal executives and medico-legal advisors, and will provide the fundamental knowledge necessary to develop a career in clinical negligence.  Expert speakers with a wealth of experience will cover all stages of the investigative and litigation process relating to clinical negligence claims from the claimants’ perspective.

Sarah will address the following topic:

Is MIU ineffectiveness a factor in A & E overload?

The job of overworked A & E staff would be made easier if the MIUs were more widespread, open for longer hours and (in some cases) inspired more confidence.  If there were more first-rate MIUs dealing promptly with relatively minor matters (which are responsible for most A & E attendances) then these would quickly become popular and reduce pressure on A & E departments.  Who would prefer to sit in a busy A & E for several hours if they could be treated quickly in a clinic most likely closer to home? 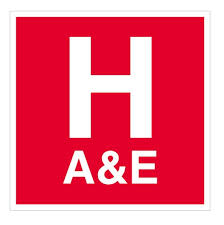 Organisation and staffing of MIUs

As A & E departments become increasingly centralised and specialised this is even more important.  However, MIUs need to be properly staffed and organised and in our view, take on that round-the-clock responsibility.  Part of what is so attractive to patients about the A & E model is that it is so simple – show up, anytime, any day, and you will (eventually) be seen and treated.  The MIU system, rightly or wrongly, is seen as fragmented and subject to local variation, a relatively uncertain prospect.   If the MIU network were to be extended in terms of hours and number of units, properly staffed by experienced, supported doctors and nurse practitioners who could usually see patients (say) within the hour – and these changes were well publicised – then in our view they would soon draw large numbers from A & E.

Clinco is open for business as usual
We are receiving records for pagination digitally or via DX, courier or post. Turnaround time is 14 days.
X